I was nervous all week, even feeling a little bit sick this time around. The last few ultras I have raced have all worked out perfectly and I was almost thinking that my "good run" would have to come to an end somewhere. Was this the one where things go wrong? My Coach Brendan Davies, who has been coaching me for over 2 years, reassured me that I was ready for this race. My nerves settled when we arrived in Victoria and the day before the race Nathan and I checked out some of the checkpoints, trail and the amazing scenery. I packed my checkpoint bags and was thinking back on some of the first ultras I had raced and the enormous amount of stuff I packed unsure of what I may need. This time it was just a small bag with some spare shoes and socks for after the beach run, extra clothes in case the weather would change and my nutrition (Mainly SIS gels and GoHydro tablets).

It was an early morning beach start and the Anglesea Beach was packed. 100km Solo and Relay runners and the 50km Solo runners lined up, not sure how many all up but there were 217 Solo 100km Runners which included 63 Females. I have always been a cautious starter but this race had a much different elevation profile and the first 21km were pretty much beach running. I had changed my plans around to go out much harder than usual and see if I would be able to maintain that pace throughout the race.

Leg 1 "Coastline Crusade" with the spectacular line of the Anglesea Cliffs on our left and Ocean on our right past the famed Bells Beach but it was too fresh and I didn't see any nudist at the optional clothing beach along the way. This leg worked out harder than I anticipated, there were many more reef platforms, coastal rock, soft sand, rock pools and knee deep water around the rocks but I was able to get to "Danger Point" Torquay only a few minutes behind my estimated time. 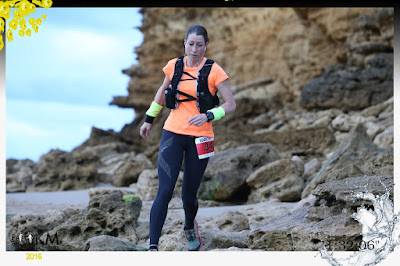 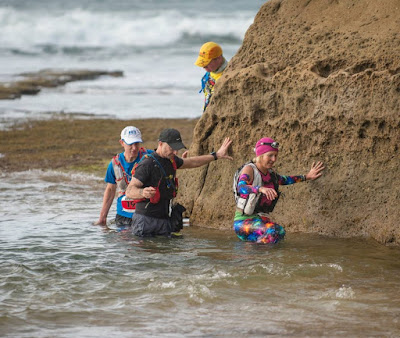 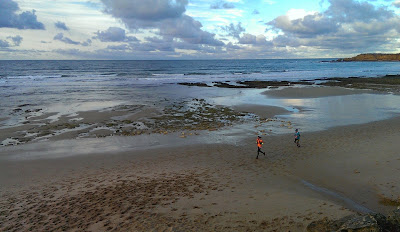 A quick sock and shoe change and I was back on the trail for Leg 2 "Ironbark Basin". This section I enjoyed the most, beautiful scenery, single trail and lots of people on the side of the trail cheering you on. I was able to hold my pace and felt comfortable pushing without overdoing it. The end of leg 2 was back at the Anglesea Beach and also the place where the 50km solo runners finish. 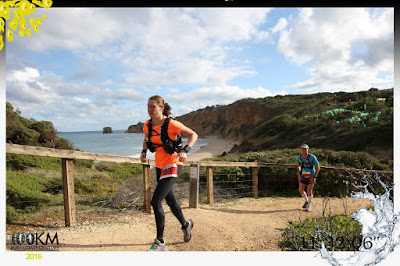 Only spending a few minutes at the checkpoint I was back out for Leg 3 "Currawong Falls" and crawling underneath that bridge everyone was talking about. Only about 80cm high, we had to crawl on hands and knees underneath the bridge and trust me after 50km of running this is not the easiest thing to do. On the other side we climbed up "Heartbreak Hill" to the top of Mt Ingoldsby which was the first of the bigger climbs. This leg was the hilliest of the legs but with still about 45km to go I didn't push too hard. Descending down and back up some slippery clay 4WD tracks, lucky we didn't get much rain, it looks like it could get pretty messy out there. On the other side was, as they called it, another rather epic hill. I cruised my way through to the end of leg 3 at Moggs Creek Picnic Area. 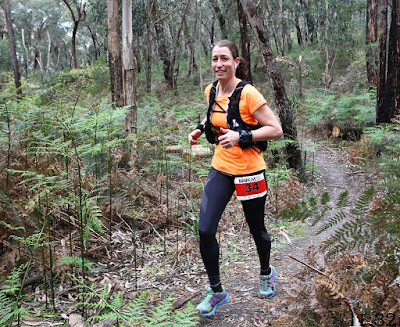 Leg 4 "Black Diamond" only 23km to go with plenty lookouts and lighthouses. I was running under my target time and still feeling pretty good. I wanted to finish Sub 12 hours and was thinking about anything and everything that made my push to get it done. At this stage I had no idea what my position was in the field but felt great and I kept passing people which made me even more determined. After the lighthouse we went back down the beach and had another 7km of beach running before heading up the last few stairs to get off the beach onto Melba Parade and Surf Coast Walk. Getting close to the finish line and I ran through a little town, people had dragged their chairs out on the footpath and were having parties in front of their houses cheering runners on as we were running past. That was AWSOME!! 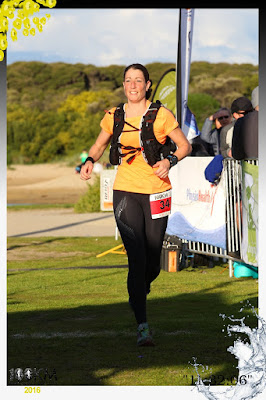 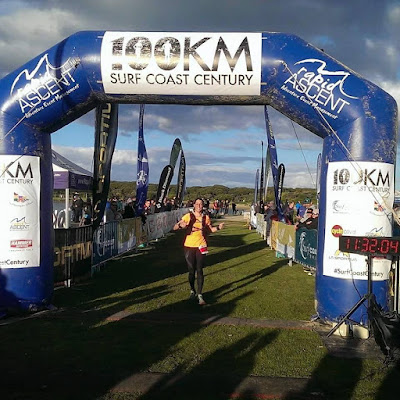 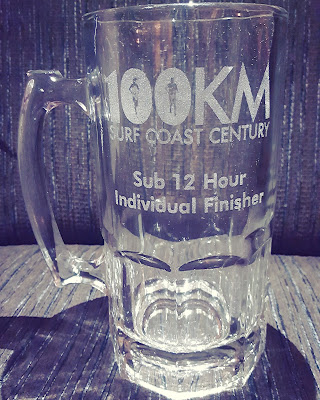 As always I couldn't have done this without the support of many people. The best crew "WaterBoy" Nathan, you've got these checkpoints pretty much under control and getting through it within a few minutes without any stress is awesome! My Coach Brendan who keeps pushing me to strive harder and has helped me believe that there are no limits. And many of my running friends from Rocky, Blue Mountains, Kingaroy and other parts of the world. I spend most of my running hours solo and I very much appreciate all your support and company on trail and on those long RRR road runs. You all rock!!! 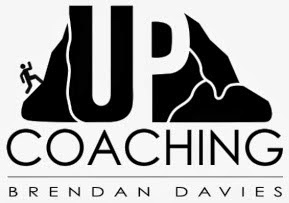